This central European nation sits in the Carpathian basin and entirely with the Danube River’s drainage basin. The Tisza is the other major river that defines directions and belonging in Hungary.

Like other countries in the heartland of Europe, each century brings with it new aggressors, invaders, empires and wars. The Romans, Huns, Goths, Vandals, Lombards, Slavs, Avars, Franks, Bulgarians and Mongols all took a piece of Hungary or ruled it or were assimilated.

The 20th century was no less dramatic – Hungary was occupied by Nazi Germans in the Second World War and participated in its crimes.

Revolution, assimilation, dual monarchies and the dissolution of the union with Austria occurred before and between the World Wars. Almost a million Hungarian Jews lost their lives in the Holocaust.

A Communist nation until 1989, this staggeringly beautiful country has emerged into democracy. Unfortunately, democracy is again threatened in Hungary and its membership of the European Union is no longer guaranteed.

Resistance and bravery are common themes that run through Hungarian social history. Hungary has a strong tradition of promotion of science and Hungary has 13 Nobel Laureates. 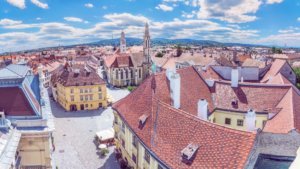