This vibrant Southern European country occupies the Iberian Peninsula as well as having islands int he Mediterranean and off North Africa.

As with Italy, early Phonecians, Greeks and Carthinagians occupied the Iberian Peninsula. The Romans conquered Spain and their influence over Spanish culture was enduring.

Following the Barbarian invasions, the Visigoths consolidated power before Spain (Hispania) was invaded by the Umayyud Caliphate from Baghdad in the early 7th Century.

Muslim rule of Spain was diminished over the next 700 years as the small Christian enclaves not conquered began the process of “reconquering” their country.

Muslim rule ended in 1492 and the Christian areas consolidated into a unified Spain. Christopher Columbus landing in the Americas began the creation of a massive global empire and is why Spanish is the second most spoken language in the world.

Although Islamic influences are apparent in art and architecture, Christian and Roman icons and rituals have had a profound effect on the development of contemporary Spanish culture.

Regional variations are pronounced with language, such as Catalan and Basque, being a major marker of heritage and cultural associations. 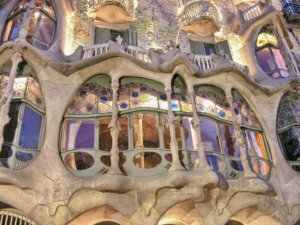