Part of the United Kingdom, Scotland is the northernmost country of Great Britain, sharing a border of almost 100 miles with England to the south. Ireland is only 13 miles across the Irish Sea from Scotland.

There was even a brief foray into Scotland by the Romans before they built Hadrian’s Wall and left the Scots to themselves. Eventually a period of consolidation of the many groups in Scotland began under the Scottish Kings in the 12th century. But by 1292 the Scottish had lost their crown to the English until the world’s first Declaration of Independence claimed Scotland again for the Scots in 1320.

Years of warring and upheaval occurred, including the coming of the Black Death. Scotland, France and England warred for control of Scotland and finally the Scots agreed to the formation of the Kingdom of Great Britain in 1707. What followed was a period of enormous importance to humans through the discoveries made in the Scottish Enlightenment.

Scotland was heavily bombed in the second World War and it took many decades to achieve prosperity again. In recent years a Scottish Parliament was created in 1999 and a majority of the country later voted not to be independent from the UK.

As the difference in wealth between the Higlands and the industralising lowlands grew, Highlanders adopted tartan and the Great Highland bagpipe. Celtic culture and festivals are enduring in Scotaldn, as are symbols such as Saint Andrew’s Cross. Scottish literature dates from Brythonic speech in the 6th century and includes writers such as Arthur Conan Doyle and Robert Louis Stevenson. 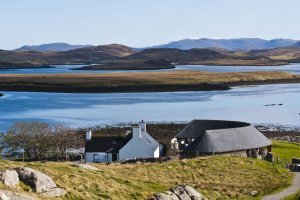 Isle of Lewis: Mystery and History 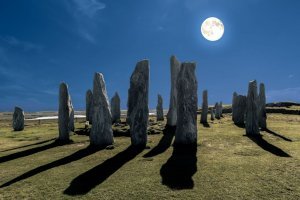 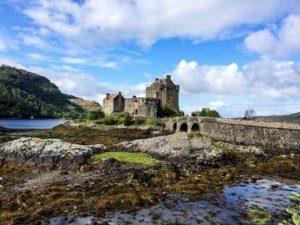