Dubrovnik has some truly unique museums – dedicated to its authoritarian past, its civil war, to Love, its maritime history, and much more! Here are 13 of the best Dubrovnik museums that will help you explore and understand Dubrovnik within the context of its rich and complicated past.

This article may contain compensated links. Please read the disclaimer for more info

13 of the Best Museums in Dubrovnik

The little town of Dubrovnik, pressed up against Croatia’s stunning Adriatic coast, is a world-famous tourist destination. But behind its beautiful scenery stretches a long and fascinating history, one that runs from the days of the Byzantine Empire right up until the destruction of the 1990s Yugoslav War.

Check out the very best accommodation below to allow you to walk to all these great sites!

And don’t forget to grab a Dubrovnik Card so that you can get into the Museums at a cheap rate. You can buy skip-the-line passes but I think getting it online (with the official 10% discount) and not having to find the ticket office to pick it up is way better!

But first, a map to help you plan your itinerary

When Dubrovnik was an independent city-state and a wealthy merchant republic, one of the most powerful positions in the city was that of the rector. Holding chief executive power along with the city’s Small Council, it is no surprise that the rector lived in a palace befitting his station. Built on the site of an old 15th-century fort, the Rector’s Palace is an artful combination of Gothic, Baroque, and Renaissance elements. Today, it is open to the public and acts as Dubrovnik’s Cultural History Museum, exhibiting a wide range of period paintings, artifacts, and rooms outfitted in the palace’s traditional style and furnishings.

From the ending of the Second World War until the Croatian War of Independence in the 1990s, Dubrovnik was part of the Socialist Federal Republic of Yugoslavia.

This period remains a contentious part of history, and as of today, there is only one museum dedicated to documenting Croatia’s part in it: the Red History Museum in Dubrovnik.

Tucked away beneath a factory in the city’s industrial district, the Red History Museum contains over a thousand items arranged in thematic exhibits and interactive presentations that invite the public to experience the good, the bad, and the ugly of Dubrovnik’s communist period.

The museum’s organizers remind us that they seek to intrigue visitors without making any final judgments, making a step into Dubrovnik’s Red History both fascinating and unobtrusive.

Devoted to the documentation and commemoration of the Croatian War for Independence during the 1990s, the Homeland War Museum is located at Fort Imperial, a strategic point during the seven-month-long siege of Dubrovnik by Yugoslav People’s Army forces.

The museum exhibits various historical documents, artworks, photographs, and artifacts including the deadly munitions fired into and from Dubrovnik during the siege.

Apart from an intimate look into the Croatian side of this tragic conflict, the museum also offers the stunning views that made this outpost so crucial in times of war.

War Photo Limited is a museum dedicated to educating visitors on the true horrors of war via the medium of war photography.

Unlike some other war museums, War Photo Limited in Dubrovnik, consciously eschews a political agenda or bias, a particularly difficult task given the proximity of the museum to conflict.

Given its location, War Photo Limited naturally focuses on photographic depictions of the Yugoslav Wars of the 1990s, but its scope runs across the world and across time, with past exhibits featuring conflicts in Syria, Burma, and Liberia.

A truly humanist museum, War Photo Limited shows that the ugliness and brutality of war are universal.

There are plenty of museums dedicated to art and history, to the great processes of the Earth and the plants and animals that live upon it, but how many times have you visited a museum dedicated to the greatest thing of all? Love.

Well if you’re visiting Dubrovnik then you’ve got the opportunity to cross that particular experience off your list, at the Love Stories Museum.

Containing hundreds of personal items donated from couples across the globe, the Love Stories Museum even allows you to become part of the exhibit, accepting donations from those who want to see their romantic getaway in Dubrovnik go down in history.

Founded in the aftermath of the Second World War, Dubrovnik’s Modern Art Museum was once the mansion of a prominent shipowner, and today houses three floors of modern and contemporary art.

The museum pays particular attention to the Croatian modernist movement, in its heyday between the last 19th century and the Second World War, and especially to its local son Vlaho Bukovac.

Designed by prominent local architects in a style that blends modern sensibilities with the architectural heritage of Dubrovnik’s old town, the Museum’s buildings are as notable as its contents, and as you can see from the picture above, its sculpture terrace offers great views of the city and surrounds!

7. The Rupe or Ethnographic Museum

In Medieval times, the Rupe Museum was the granary of the old Dubrovnik Republic. Dug into the city’s bedrock, the building was locally known as rupe or “the holes” and centuries later it’s this same name that’s applied to Dubrovnik’s Ethnographic Museum.

Displaying over 6000 individual objects, the Rupe Museum offers a wide and yet detailed look into everyday life in the Dubrovnik area, focusing especially on its clothing and attire.

That said, the museum also includes photography, ornaments, and musical instruments from the local region and across the world, ranging everywhere from Dubrovnik’s neighboring islands to far-off Tanzania.

I love the history and culture of medicine so this museum is a real treat for me! With a history stretching all the way back to Dubrovnik’s medieval zenith, the Franciscan Monastery is an essential visit for anyone historically inclined.

Established by the Franciscan Order, Dubrovnik’s Franciscan Monastery has always been more than simply a place of heavenly devotion. In the vacuum left after the fall of the Roman Empire, the Catholic Church provided medieval Europeans with a wide of range public services that feudal states simply couldn’t organize.

The monastery at Dubrovnik was notable for providing the local population with medicine and learning, and its museum today incorporates one of the world’s oldest pharmacies with one of Croatia’s largest libraries.

For over a thousand years, Dubrovnik has been shaped by the sea. According to legend, the town itself was founded by Greek sailors, and its early penchant for seafaring saw the city become a major maritime power throughout the Medieval Period and into the Early Modern Era.

Dubrovnik once contested with the likes of Venice and the Ottoman Empire for trade supremacy over the eastern Mediterranean, and so it should come as no surprise that, today’s Dubrovnik is equipped with an impressive Maritime Museum.

Founded during the Communist era by the Croatian Academy of Arts and Sciences, the museum is located in the imposing St John’s Fortress, which once guarded entry to Dubrovnik’s harbor.

Inside is a wide range of exhibits ranging from literary and artistic showcases to archaeological finds from ancient shipwrecks.

Established just after Croatian independence in the 1990s, Dubrovnik’s Archaeological Museum covers a period of time stretching from the Neolithic right up until the Great Earthquake of the 17th Century, a dramatic and crucial event within Dubrovnik’s history.

Still finding its feet among the city’s other venerable museums, the Archaeological Museum is currently situated within Fort Revelin but has no permanent location yet.

The museum’s two most recent exhibits focus on the research of the fort itself, in particular its foundry, and the Dubrovnik area’s medieval sculpture and architecture, with a special focus on the ecclesiastical.

Though a popular tourist destination for decades, Dubrovnik has gained a little more recent fame as the setting of numerous scenes in HBO’s hit series Game of Thrones. The show’s producers needed a pristine and authentic medieval city with a coastal Mediterranean feel, and of course, they looked no further than Dubrovnik.

The Lokrum Visitor’s Centre is located just off Dubrovnik’s Old City on a small island of the same name. Here Game of Thrones fans can learn all about the shooting of the show and the history of the streets and landscapes behind some of their favorite scenes.

The center features exhibits on the island’s history, multimedia presentations, and even a replica of the infamous Iron Throne.

We might well associate the Industrial Revolution with Great Britain during the 18th and 19th centuries. But by that time, small-scale industrial activity had been happening across the world for centuries, including in the city of Dubrovnik.

Located beneath Fort Minčeta, Gornji Ugao Tower gives us an intriguing glimpse into Dubrovnik’s medieval industrial heritage. A working foundry up until the 17th century, Gornju Ugao has been restored by the local antiquities society as a historical site and museum.

Stepping down into Gornji Ugao sees visitors step back in time, giving them a brief look at the fascinating processes of medieval metallurgy, and some of the wonderful things that it wrought.

Only a two-minute walk from the Rector’s Palace, and included in multi-museum passes, Dubrovnik’s Natural History Museum has been around since the late 19th century.

It showcases a wide variety of the region’s flora and fauna, with a particular interest in the marine. Initially founded as the “Native Museum”, by a joint venture between the city’s Chamber of Trade and Crafts and local businessman Antun Drobac, the museum has stood the test of time and evolved into something truly unique.

Visitors to the museum often remark on its Freddy Mercury exhibit, which synthesizes a tribute to the famous Parsee rock star with the museum’s central focus: fish.

Where to Stay in Dubrovnik: Best Dubrovnik Hotels

There are hundreds of excellent hotels and apartments in Dubrovnik. There are only two hotels within the Old City Walls, and my pick is Boutique Hotel Stari Grad.

15 minutes from the Old Town is perhaps Dubrovnik’s most highly rated and reviewed hotel with stunning views and exceptional service. Check out Rixos Premium Dubrovnik below.

For a more traditional choice, Hilton Imperial Dubrovnik is a grand old building beautifully restored and is also highly reviewed. 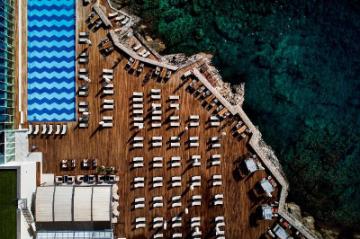 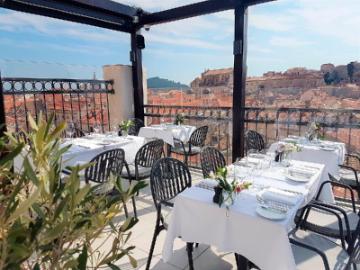 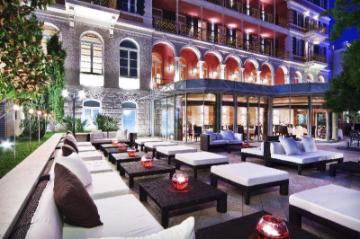 Other great places to explore in Croatia

Travel to Croatia: 7 tips for your first trip