Introduction to the Czech Republic

Czechia is a landlocked country in Central Europe, surrounded by Poland, Germany, Austria, and Slovenia.

Few countries, even in central Europe, have a history of invasions, kingdoms, empires, Imperial Statehood, religious wars, uprisings and rebellions as the Czech Republic. It’s rich culture from the Paleolithic Era to the advent of democracy at the beginning of the twentieth century only became more complex with the turbulent events in Europe in the 20th century.

The country of Czechoslovakia was formed at the end of World War I in 1918 with the end of the Habsburg Empire. The only democracy between the two World Wars, its enormous industrial base led to to be one of the largest economies in the world.

Czechoslovakia was taken by the Nazis in the Second World War. In the post war period the Communist Party came to power after a coup in 1948. It remained a communist nation for the next 41 years until the 1989 Velvet Revolution. In 1993 there was a peaceful splitting of Czechoslovakia into the Czech Republic and Slovakia. The Czech Republic has been a member of the European Union since 2004.

With 14 UNESCO World Heritage Sites, the world’s most beautiful library (Strahov), and glass and crystal craftmanship of exquisite quality, the Czech Republic is a cultural powerhouse. Culturally and environmentally conscious, the modern Czech people celebrate their rich medieval culture, and myriad religious, pagan, and political traditions. From easter eggs, to love, martyrs, the burning of witches, and name day celebrations, Czechia is bursting with the rich culture and history of Central Europe.

Explore the Czech Republic with these latest articles 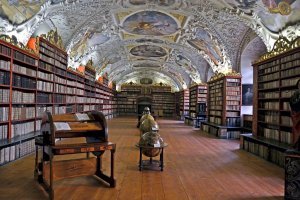 Prague libraries: most beautiful in the world? 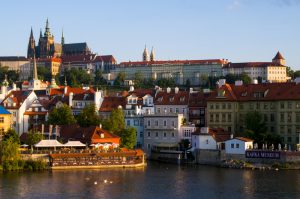