The Strahov Library, with its Theological and Philosophical Halls, and the Clementinum (Klementinum) Baroque library are arguably the most beautiful libraries in the world and are a highlight of any trip to Prague in the Czech Republic. Read how to visit, opening hours, admission costs, and what to see.

Prague is one of the most beautiful cities in all of Central Europe, a place whose historical buildings and heritage have survived centuries of conflict and upheaval, enduring today as living symbols of human skill and ingenuity.

But all of this achievement would not have been possible without the written word. In older times libraries were vital to human progress, places were learning could be concentrated and those interested in it might gather.

This article takes a look at two of Prague’s libraries. They the best historical libraries in Prague, and perhaps two of the best in the world. These are the Strahov Monastery’s library and the Clementinum’s library, each showcasing a huge variety of ancient tomes and rare antiques in beautiful architectural surroundings.

The sprawling Clementinum might be a great destination for your first day out in the city. It’s centrally located and close to many other key tourist destinations. Situated in the Old Town, you’ll find it right at the end of the Charles Bridge and just near the Knights of the Cross Square (though we’ll more specific directions below).

The Strahov Library might be a good idea for the second or third day, as it sees visitors cross the Vltava and journey into the city’s aptly named Strahov district. A little more of an adventure, a journey to Strahov is by no means a trek either, and is easily undertaken via Prague’s tram network.

Whichever way you choose to begin, this article should give you all need to know if you’re keen on visiting two of Prague’s great historical attractions.

The Clementinum is not just one place, but an interconnected complex of historical buildings covering over 20,000 square miles in Prague’s Old Town (Staré Město) district. It contains the Czech National Library, Meridian Hall, the Astronomical Tower, and the Mirror Chapel.

Starting life as the 11th Century Chapel of Saint Clement, a concentration of clerical and theological buildings slowly grew up in this centrally located part of Prague.

First a Dominican monastery it later became a key Jesuit college. The Jesuits would play a particularly important and controversial role in Prague’s cultural and academic life, often in a rivalry with Charles University that saw them conquer and assimilate that institution’s library in the 17th Century.

As the Jesuits grew in size and riches, they began to expand what was becoming known as the Clementinum out into the adjacent parts of the city, engulfing gardens, churches and residential houses alike.

This growth ended with the dissolution of the Jesuits in 1773, but the center of learning that they had founded remained, and its large collection of books would form the basis of the headquarters of the National Library of the Czech Republic.

The complex’s Baroque Library was built in 1722 and, minus careful preservation has remained unaltered ever since. Walking into the Library Hall, your eyes are likely to be drawn to the ceiling frescoes. Painted by the German artist Jan Hiebl, it is an ode to education, with allegorical motifs on the subject accompanied by portraits of Jesuit saints and library patrons.

The library’s books almost come as an afterthought. As of today, it stocks at least 20,000 books, many of which have been in its keeping since the days of the Jesuits and focus on theological works from across the world.

One such book exhibited at the Clementinum is the Vyšehrad Codex, compiled at the coronation of Bohemia’s first king Vratislav II in 1085. Regarded as a national cultural monument of the Czech Republic, a copy of the codex and its illuminated folios is available for public viewing.

The library is moving to digitize its collection and many of these books will be available on Google Books.

Other marvels include a series of globes and astronomical clocks constructed and commissioned by the Jesuits.

How to Get There

The Clementinum is one of the largest building complexes in Europe (in Prague it’s only challenged by Prague Castle itself) and there are naturally a few ways to get there.

Coming from the north it’s just a few minutes’ walk down from Staroměstská metro station. Coming from the south it’s about the same distance north from the Karlovy lázně tram stop. You’ll find the Baroque Library on the eastern side of the complex.

The library’s operating hours vary depending on the season, but it generally opens either side of 10am and closes around 4 or 5pm in the European summer and autumn and till 6 or 7ish in the winter and holiday season.

Admission to the library is 300 CZK for adults. Students under twenty-six and seniors over 65 get in for 200 CZK, and children up to six enter free of charge.

TIP 1: Investigate the option of a family ticket at 800 CZK

The Strahov Library is just one part of Prague’s Strahov Monastery (Strahovský klášter). The monastery itself was founded in the mid-12th century by a group of Premonstratensian monks from the River Rhine. Over the centuries it has evolved from a simple wooden structure to the expansive and varied architectural wonder we see today.

A lot of this evolution was driven by the frequent sackings and plunderings the monastery received. In the early 15th Century, much of the complex and its books and furnishings were burned by the proto-Protestant Hussites.

A century later, during the Thirty Years War, Swedish troops looted and ransacked both church and library. Move forward yet another century and the monastery was damaged by French cannon fired during their 1742 siege of Prague.

Escaping the First and Second World Wars largely unscathed, Czechia’s pro-Soviet government secularised the monastery in 1950 and turned it into a museum, a status that it retained throughout the Cold War era.

After the country’s Velvet Revolution, Strahov Monastery and its library were returned to the Premonstratensians, and it has since become one of the city’s best known historic tourist destinations.

The monastery’s library consists of two components, the Theological and Philosophical Halls. The Theological Hall was built in the 1670s in an ornate Baroque Style and houses over 18,000 books on the subject of God and religion.

Apart from its literary collection, the Hall features a number of antique globes and a late-Gothic wooden statue of St John the Evangelist. It is widely considered to be the most beautiful library in the world, most especially its reading room.

The Philosophical Hall was a built a little later, in the late 18th Century by Jan Ignác Palliardi, a local and naturalized Italian architect. Built in an Early Classicist style, its ceiling features a stunning fresco by the Viennese painter Anton Maulbertsch, ‘the Intellectual Progress of Man’ which depicts humanity’s scientific and religious development throughout the ages.

In contrast to the earlier part of the library, the Philosophical Hall holds rare books relating to more secular and scientific subjects such as history, mathematics, and astronomy.

How to Get There

The Strahov Library is located at Strahovské nádvoří 132/1, Praha 1-Hradčany. That’s in the Strahov district sitting on the west bank of the River Vltava and just a handy three minutes’ walk from the Pohořelec tram stop.

Minus some public holidays, the library is open daily from 9 til 5, minus an hour-long break for lunch at noon.

Ticket prices range from CZK 150 to CZK 80 for Children over six and students under the age of twenty-seven, while children under six and the disabled enter free, as do members of religious orders and congregations.

Entrance to the adjoining gallery and photo permissions are extra charges.

Now that you’ve seen the best Prague libraries, check out my comprehensive article on the 10 Best Prague Museums.

Now that you’ve seen the best Prague libraries (Strahov and Klementinum library), check out my comprehensive article on the 10 Best Prague Museums.

Where to Stay in Prague

Old town Prague is such a wonderful place to wander around. It’s best to stay close to the center. Here are six of the best historical and contemporary hotels with thousands of fantastic reviews. 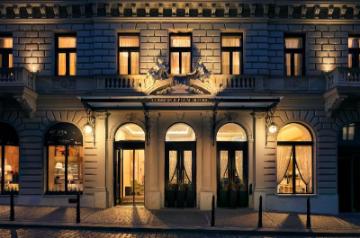 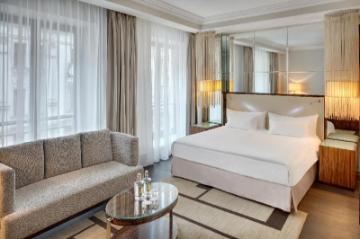 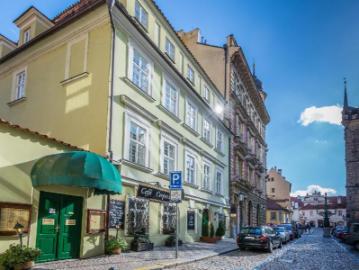 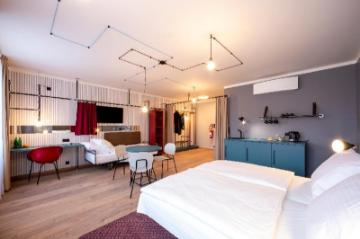 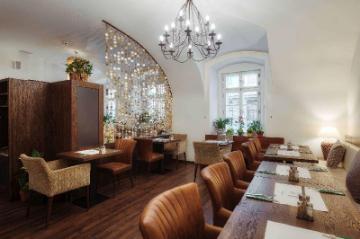 Check reviews, prices and availability for all Prague hotels here

If you’ve enjoyed this article about the best Prague libraries to visit to learn all about the richness of Czech culture and history, share it now with your friends and pin it for later.

I’d love to hear about your experience of Prague libraries, so leave me a comment below!

PIN IT FOR LATER

2 thoughts on “Prague libraries: most beautiful in the world?”